In its recent decision in California Institute of Technology v. Broadcom Ltd., the Federal Circuit made two important holdings that significantly impact patent litigation.  The first confirms a broad interpretation of the estoppel provision contained in the American Invents Act (“AIA”).  Under this interpretation, the estoppel provision applies not just to prior art references that were actually part of an inter partes review (“IPR”) proceeding but also to any prior art reference that could have been part of that proceeding.

The second holding involves a multi-tiered royalty structure that the plaintiff used to apply different royalty rates to products at issue in the litigation.  Although the Federal Circuit overruled the application of multiple royalty rates in this case, the decision did not state that such a calculation is per se improper but instead stated that the plaintiff had not, in that specific case, provided sufficient evidence to support such a calculation.  That portion of the decision provided clues that could be used in future cases to apply a multi-tiered royalty rate as part of a reasonable royalty calculation.

In 2011, Congress enacted the America Invents Act, creating the inter partes review (“IPR”) process to provide accused infringers and others with a less expensive, more streamlined venue from which to challenge the validity of issued patents.  See, e.g., WesternGeco LLC v. ION Geophysical Corp. (In re WesternGeco LLC), 889 F.3d 1308, 1317 (Fed. Cir. 2018).  To achieve these streamlining goals, Congress included an estoppel provision in the AIA, precluding IPR petitioners from raising arguments in a district court litigation that were previously raised or reasonably could have been during the IPR proceeding.  See 35 U.S.C. §315(e).  In a 2016 decision, the Federal Circuit interpreted this estoppel language to prior art written references that were actually part of the IPR proceeding and that were argued to the Patent Trial and Appeal Board (“PTAB”).  See Shaw Indus. Group, Inc. v. Automated Creel Sys., Inc., 817 F.3d 1293, 1300 (Fed. Cir. 2016).  Based on this holding, a number of district courts allowed a defendant to use a written prior art reference as part of an invalidity defense in a later district court litigation to the extent that reference was not explicitly part of the IPR proceeding.  See Cal. Tech. (slip op.) at 22 (discussing implementation of Shaw).  This situation allowed accused infringers to take multiple shots at invalidating patents, once at the PTAB and again at the district court, all while using prior art references that were eligible to be used as part of an IPR.

The CalTech decision overruled this prior precedent and practice, holding that the estoppel provision applies more broadly and encompasses anticipation or obviousness arguments that rely upon written references that the petitioner raised or could have raised as part of the IPR proceeding.  This change has a significant impact on IPR strategies because IPR petitioners will no longer be able to take a first invalidity shot as part of an IPR proceeding, and if not successful, then take a second invalidity shot at the district court level, tailoring their arguments to address any defects found by the PTAB.  The petitioners’ ability to use multiple shots to prove invalidity not only severely disadvantaged patent holders, who would have to defend their patent’s validity in multiple venues, but also undermined the purpose of IPR proceedings to reduce the burden on district courts, which would still have to decide patent validity for patents that survived the IPR process.

This change also has a significant practical impact on IPR petitioners because in the IPR process, the PTAB considers only the grounds of invalidity presented in the IPR petition, whereas in patent litigation, defendants have at least some leeway to modify their invalidity arguments.  Even in districts that have patent local rules that require early disclosure of invalidity contentions, defendant may still modify those contentions based on the district court’s claim constructions.  See, e.g., Patent L.R.3-6 (N.D. Cal.) (listing situations in which amendment of contentions is allowed).

This is not the case with IPR petitions, where the petitioner is locked into the specific grounds of invalidity raised in the petition.  If the petitioner recognizes a stronger position or argument after submitting the petition, then the petitioner is out of luck.  This restriction has a significant impact in light of the CalTech decision.  Previously, a petitioner had at least the possibility of raising this new argument in the district court litigation, but CalTech removed this option.  As a practical matter, CalTech requires petitioners to be even more careful with the art they identify and the grounds they raise as part of their IPR petition.

The second significant portion of the CalTech decision involves damages.  Although confirming infringement of some of the asserted patents and the IPR estoppel holding, the CalTech panel reversed the damages decision of the district court.  At trial, the district court allowed the plaintiff to argue for two different damages rates, with one rate to apply to chips sold by Broadcom and a second, higher rate, applied to infringing products sold by Apple.  This different rate applied even though the Apple products incorporated the very same Broadcom chips that were subject to the lower royalty rate.  The district allowed this argument to proceed, and the jury agreed with CalTech’s expert.

The Federal Circuit reversed but in doing so, provided observations that future plaintiffs could use to apply a multi-tiered royalty rate.  Cal Tech supported its damages model through the testimony of its experts who opined that Apple and Broadcom “were separate infringers” at different points in the supply chain and that “there would be no ’cross-talk’ between them as they each engaged in their own hypothetical negotiation” with the patentee.  See Slip Op. at 27-28.  The plaintiff, however, introduced no separate evidence to support this argument, and the Federal Circuit seized upon that issue to vacate the damages award.  According to the Federal Circuit, Cal Tech’s experts engaged in a “wholly contrived” analysis that “lack[ed] any basis of fact and is contrary to the customary way patent infringement disputes are ordinarily resolved.”  See id. at 29.  Importantly, there was “nothing in the record to suggest that Broadcom and Apple would have been willing to negotiate in this artificial way rather than to more conventionally negotiate a single license at a single rate for the same chip.”  Id. at 29-30.  Neither of the experts “offered any factual basis to conclude that Broadcom and Apple would have been willing to engage in separate negotiations leading to vastly different royalty rates for the same chip.”  Id. Because of this lack of a factual basis, the Federal Circuit vacated the jury’s damages award and remanded for further proceedings on damages.

The advantage of a multi-tiered royalty rate, of course, is that a plaintiff would be able to apply a larger royalty rate and/or have a larger royalty base, either of which would result in a greater damages award.  Such a situation would be especially attractive in instances in which the accused product is used in various supply chains associated with final products sold at different prices.  With its CalTech decision, the Federal Circuit kept the door open to argue for these multi-tiered royalty rates if the right type of evidence is presented at trial.  The issue identified by the Federal Circuit with Cal Tech’s damages model was the lack of a factual basis supporting a conclusion that the defendants would have engaged in such a negotiation.  Thus, in addition to expert testimony, a plaintiff should introduce some factual testimony – either from the industry generally or preferably from the specific defendant – to provide a factual basis for a multi-tiered damages model.  Although there may be an increased cost in providing this additional testimony, the potential for a much larger damages award may be well worth the effort.

Connect with a Practitioner 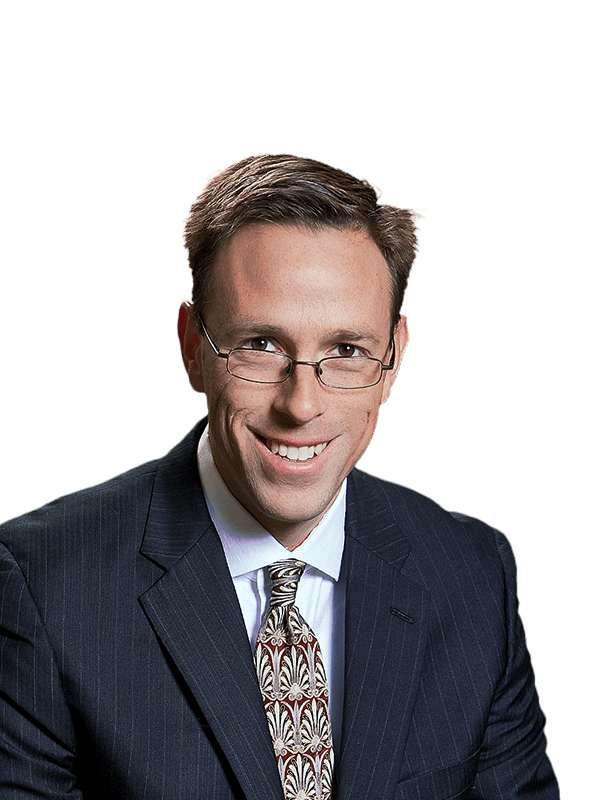 Jeffrey E. Danley
June 23, 2022
Connect
Get SeedGROW™ in your Inbox
Thank you! Your submission has been received!
Oops! Something went wrong while submitting the form.

You can unsubscribe at any time using the link in our emails. For more details, review our privacy policy.

A resource for intellectual property information and education, brought to you by the practitioners at Seed IP.